Uniworld Grand River Cruises' River Queen, launched in 1999, set the standard for the company's new-builds for the next four years. Big sister to River Empress and River Princess, both debuting in 2001, and River Duchess (2003), River Queen was the first to boast an elevator, a launderette, and the first with three passenger decks plus sun deck.

Unlike the earlier and later ships in the fleet, though, (River Ambassador, River Baroness, River Royale and Douro Queen) staterooms on these vessels, including the four suites, have no windows that open. Otherwise, the cabins are well-equipped, with flat-screen televisions, DVD players, international direct telephone service (outbound only), air conditioning, hotel-style beds, two armchairs and a coffee table. Standard staterooms measure 151 square ft.; suites have an additional 65 square ft. of living space, and suite guests get additional amenities such as slippers, sparkling wine and fresh fruit.

The onboard ambiance is casual, with guests congregating in the lounge or on the sun deck. There is a library for quiet time, a beauty salon, a sauna, small gymnasium and a computer station from which outgoing e-mail can be sent (2.50 euros each); incoming e-mail goes to the reception desk and is printed out for the passengers.

Open-seating dining offers fresh regional cuisine, with wine available for purchase. Dress is resort casual with the exception of the Captain's Gala and other occasional "formal" events, which on this vessel means jacket and tie for men, cocktail attire for women.

River Queen was refurbished in 2005, but it retains its charming "riverboat" look, with an elongated prow and abundant use of woods.

All interior space on the ship is smoke free; smoking is allowed on the sun deck only.

Fares are inclusive of gratuities for onboard and onshore services, including pre- and post-cruise extensions.

One of the most unique ships cruising Europe's waterways, the River Queen has an exterior resembling the steamships of the 1930s and an elegant Art Deco interior. Decorated in richly textured blue and white fabrics-with marble bathrooms and inspiring artwork-River Queen is a sublime floating hotel designed with your every comfort in mind. River Queen was rated the #1 ship in the entire cruise industry (both river and ocean) in the 2012 Conde' Nast Traveler Readers' Cruise Poll.

No. of Dinner Sittings: 1 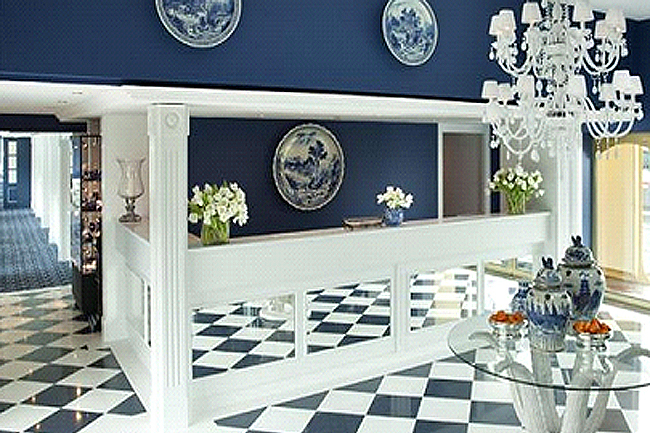 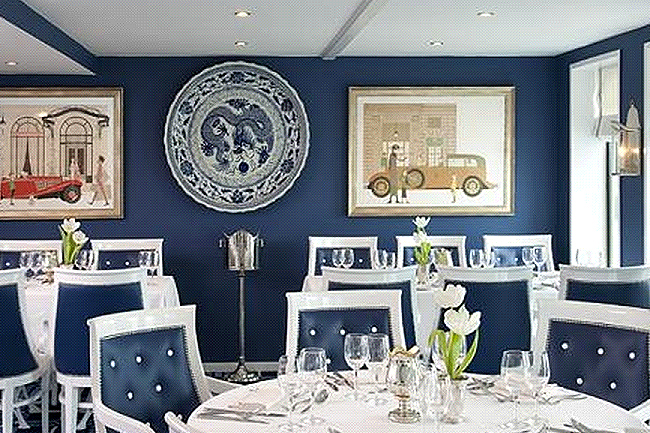 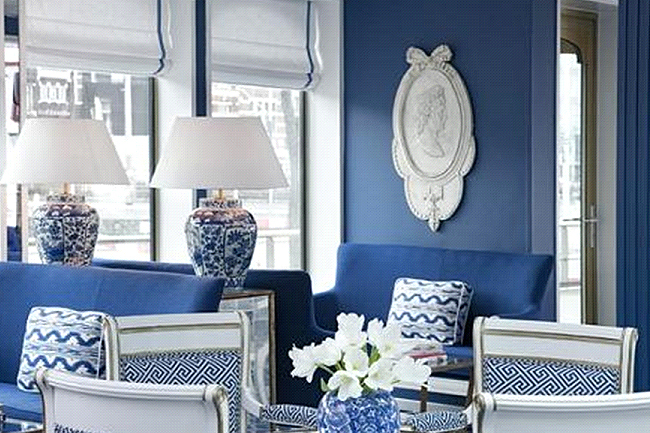 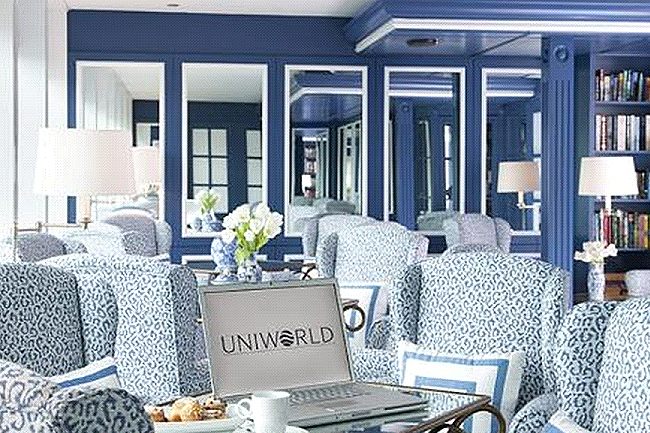 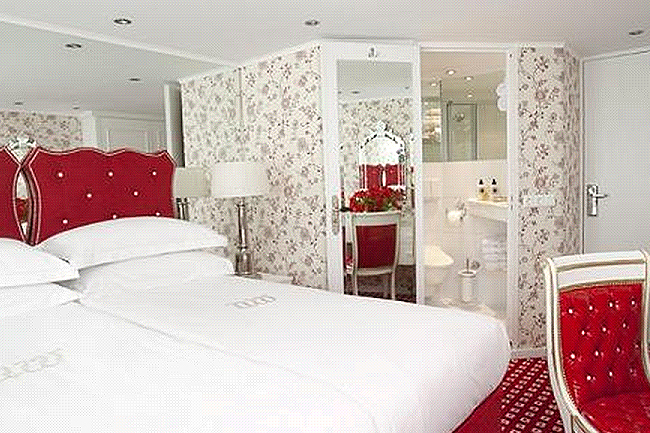 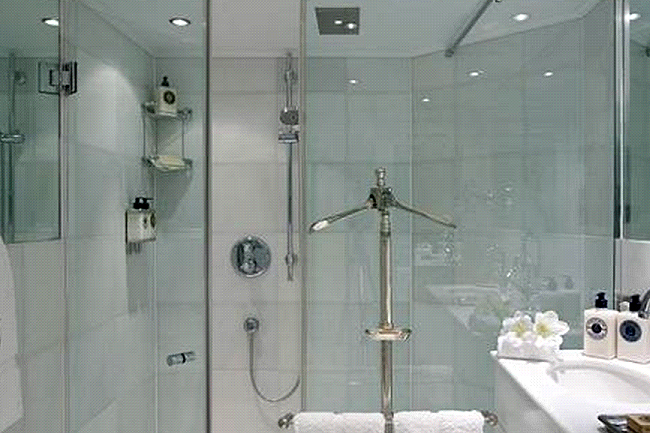 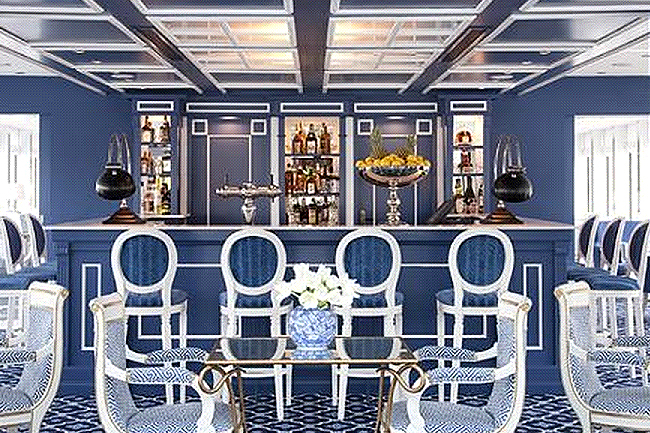 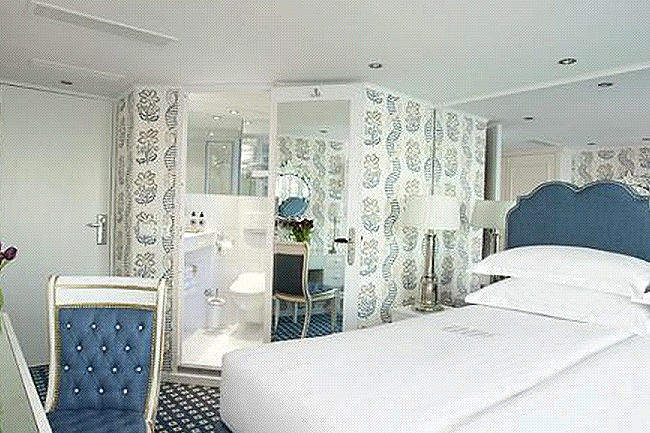 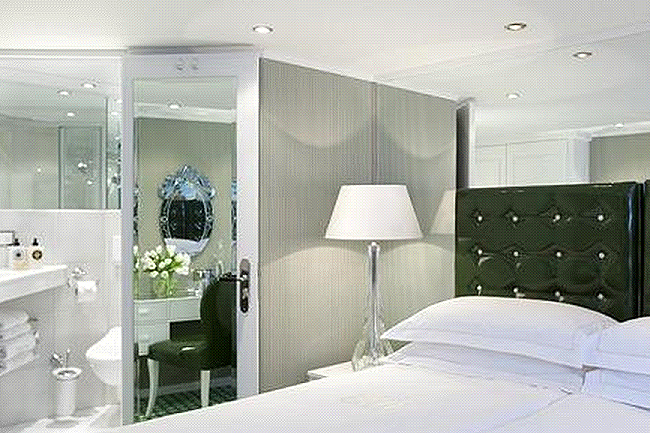