The 1,976-passenger MSC Lirica is one of four medium-sized Mistral-class ships, dating from 2003.

MSC spent more than $200 million on Lirica and the rest of the Mistral class during a two-year refurbishment program in 2014?2015 that saw a nearly 80-foot-long section sandwiched into the middle of each ship. The "stretching" procedure added nearly 200 more cabins -- 94 of which have balconies. During the refurbishment, the line also took the chance to update the spa and childcare facilities, as well as to add an interactive water feature called the Spray Park to the top deck.

The sleek and traditional looking MSC Lirica is tastefully designed and decorated with Italian flair. Forget about Costa-style neon, however; the ship's famed Italian architect Giuseppe de Jorio is known for creating more traditional, as opposed to flashy decor, relying on marble and brass. Most of the public rooms are small and intimate.

During the summer season MSC Lirica entertains mainly Europeans with multiple languages used onboard, so prepare to learn some Italian, German, French and Spanish if you want to communicate with your fellow passengers.

In winter, the ship is based out of Rio, offering four-night sailings to Uruguay. MSC Cruises says that around half of its crew is Italian, while the rest of the hotel crew comes from Eastern European countries and a few from the Far East.

MSC Lirica will homeport in Shanghai from May 1, 2016, initially for two years.

The most interesting detail about the passenger cabins on Lirica is that all are located above the ship's mid-level public rooms. Otherwise, they are average in size and contain no major surprises, decor- or layout-wise.

Of the 780 cabins, 64 percent offer outside views, but only 132 have balconies. All balcony cabins are actually mini-suites. Every cabin is equipped with a safe, a television (there are no interactive features) and a fridge. The mini-suites have larger bathrooms with a bathtub. One down-note: we were rather appalled at how badly-soundproofed cabins are (perhaps our neighbors were unusually rambunctious, but still...).

MSC Italian Cruises believes in a traditional dining concept, so forget any thoughts of "freestyle" when-and-with-whom-you-please options. Cuisine mostly focuses on Italian fare (banish thoughts you may have of more Americanized "Olive Garden" style interpretations) with specialties that include risotto-made-tableside, fresh fish, such as cuttlefish, veal stew, and penne al 'arrabiatta (to name a few).

There are four different dining areas onboard: Both La Bussola Restaurant on deck 5 and L'Ippocampo on deck 6 serve sit-down meals, although the latter is used only for overflow. Le Bistrot Cafeteria on deck 11 is the spot for informal buffet breakfasts and lunches. The fourth dining venue, La Pergola Restaurant, is adjacent and offers outdoor dining -- including casual fare, such as pizza, pasta and burgers. Tables are tucked under a large canvas and well protected from the sun, rain and winds.

The meal times are rather short and are designed more according to European tastes than to American. Buffet-style breakfast and lunch are served at the Le Bistrot Cafeteria from 6:30 to 10 a.m. and noon to 2 p.m. respectively. The more formal La Bussola is open for breakfast from 7 - 9:30 a.m.; lunch is served from 12:30 - 2 p.m. There are two seatings at dinner (6:45 and 8:45 p.m.). There is no casual alternative dining during evenings. MSC Italian Cruises, however, seems to be among the last lines to feature the midnight buffet - it varies each night, from a fruit-themed spread to a gala anything-goes repast.

Room service is rather limited. The menu includes only cold sandwiches, and there is in-cabin continental breakfast available. MSC no longer charges for room service on any of its ships.

A hint: If you miss breakfast and don't want to use room service, there are croissants available at the Coffee Corner, which surrounds the atrium on deck 6. But be prepared to pay for your coffee: an espresso costs 1.50 pounds.

On a seven-night cruise, there are two formal nights (though many ignored the dress suggestion and some people even wore jeans to the dining room). Otherwise, dress is casual.

There is a lot of entertainment available during the evenings, and it is mainly tailored for the multi-lingual European tastes (except in the Caribbean, where North Americans are more catered to). The main stage is the Broadway Theatre, which normally has two seatings (both rather late); at 9:15 and 10:45 p.m. The show lounge itself, two decks high, is rather cramped with its theatre-style seating.

The ship offers a great selection of music: from slow tunes in Beverly Hills Bar to Latin dance music in the Lirica Lounge to piano faves in L'Atmosphere (it's popular, so come early as this place fills quickly). You can sample faster dance music with a live band in Le Cabaret Lounge and disco music nightly in the Blue Disco Club.

The ship also offers, daytime, "crazy" contests (men's sexy legs and such) as well as enrichment classes in Italian cooking and language.

The cruise line actively invites families, particularly in the Mediterranean, where about 75 percent of their voyages promote a kids-sail-free special. There is a children's facility, geared from ages 3 - 17, on deck 11. The ship will staff up if enough children sign up, but it must be noted that one challenge is the multi-lingual nature of MSC's audience (and so there are kids speaking all ranges of languages). There's a 24-hour video arcade.

Organized children's activities are less likely on Caribbean sailings because these itineraries are generally longer and more exotic than the usual.

During the summer time most of the passengers are Europeans, mainly from Italian-, French-, Spanish-, and German-speaking countries, but the cruise line carries guests also from English-speaking nations, such as the U.K., USA, and Australia. Europeans tend to smoke more, even in the no-smoking areas. Dining rooms are off limits to smoking.

The Lirica Health Center is located on deck 11, and offers truly magnificent views to three sides through the floor-to-ceiling windows - along with the usual workout equipment. The spa is operated by an Italian spa company and offers traditional treatments, such as facials and massages.

Plan to tip about what you'd tip on an American-based ship -- $10 per person per day. Tips are paid at cruise-end.

No. of Dinner Sittings: 2

Casino & Spa Staff At your discretion 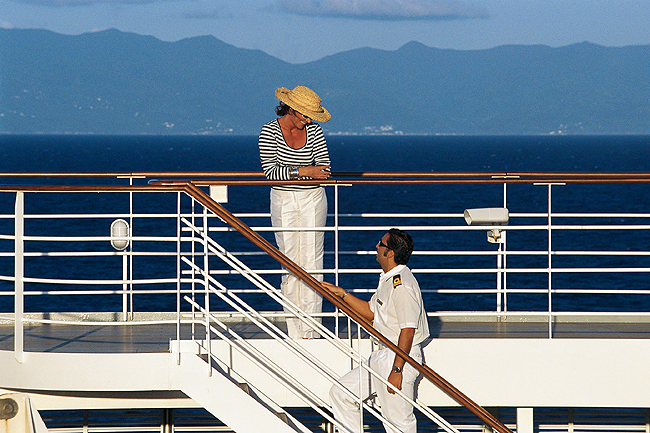 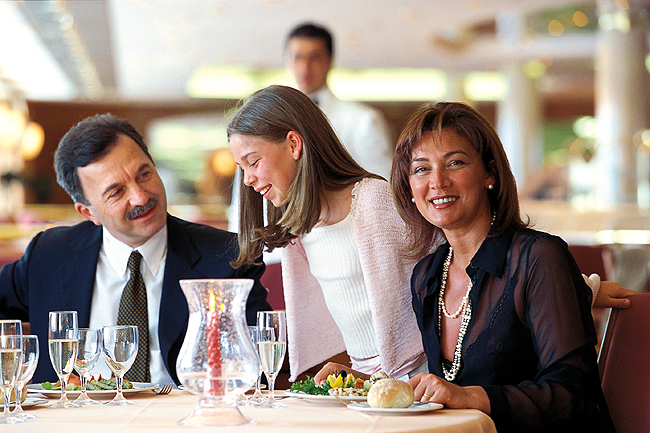 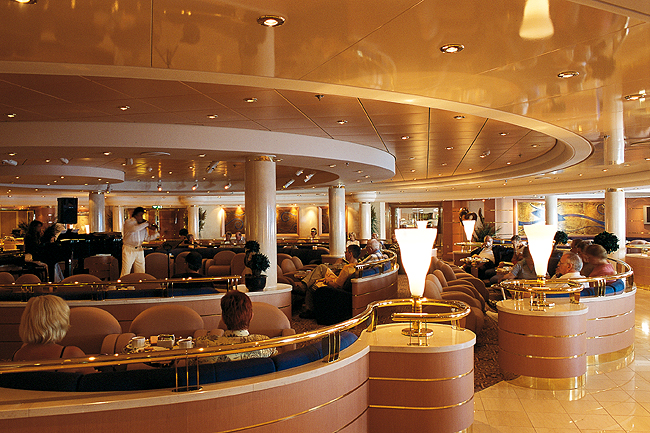 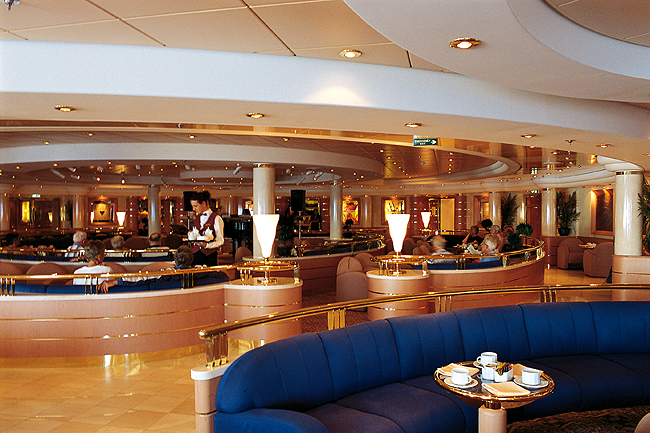 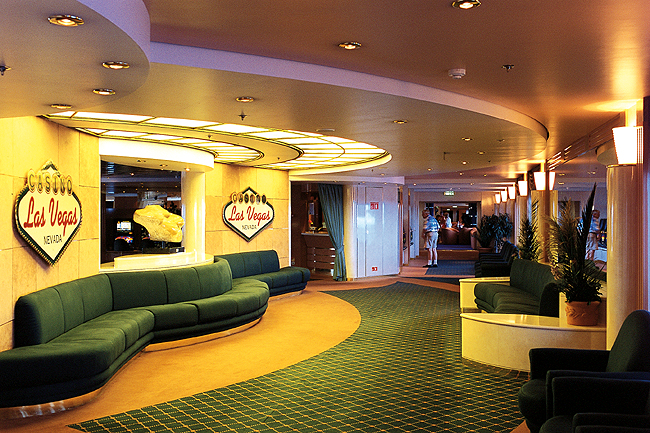 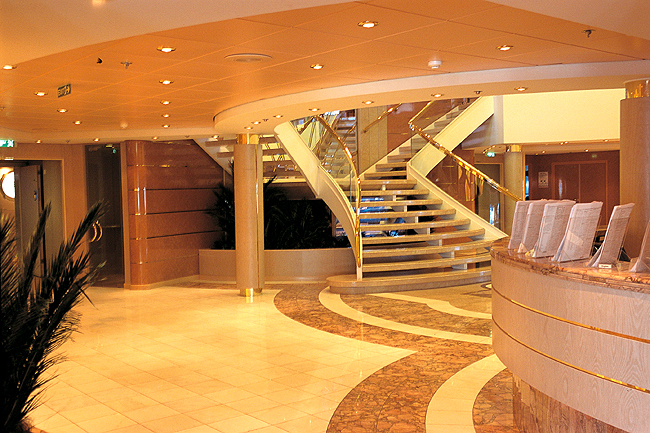 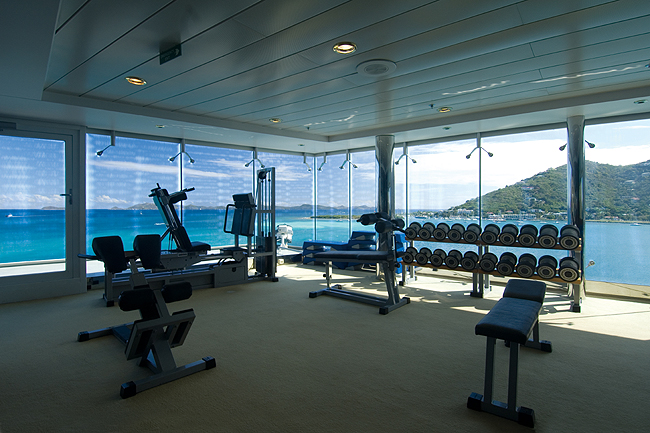 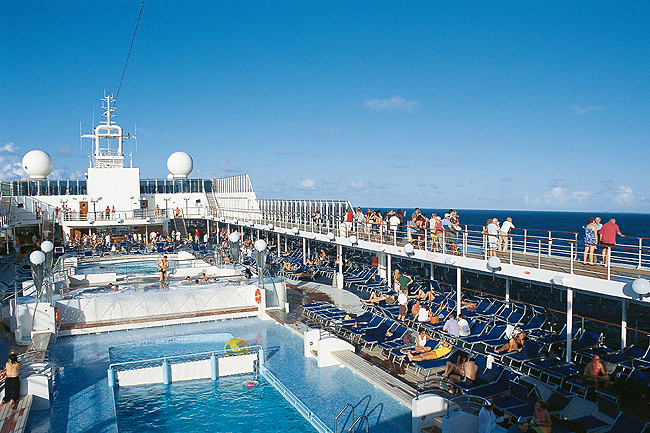 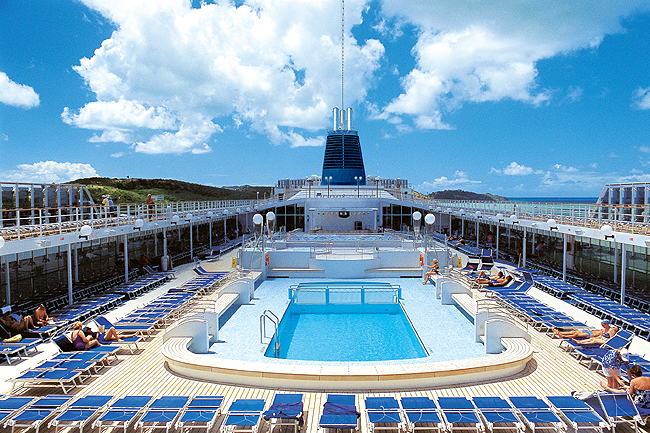